Peter Hitchens is a regular critic of the anti-prohibition movement. He writes for the highly respectable (?) ‘Mail Online’: a commercial news-source renowned for its unbiased and open-minded journalism, its intellectual rigour, and its progressive values.

Hitchens recently published an article, ‘The Cannabis Cult‘, in which he expresses horror at the notion that drug-prohibition is a civil liberties issue.

So the freedom over our own minds is a freedom we have long enjoyed: drug prohibition is just a hundred years old, it has been hysterically imposed on people by the state for about fifty years. It is still in its infancy, and I hope to God that I never see it grow to be an adult.

Secondly, of course this is about civil liberties: people are being locked up by the thousands. In America there is an entire industry in locking citizens up for harmless drug offenses: thousands of people are making their livings by locking up drug-offenders. In the more savage parts of the world: executions.

Of course this is about civil liberties: the state is telling you what you can and cannot do, with your own mind!

Hitchens obviously thought he should attempt to bolster his article by referencing a respected literary figure. It is curious that Peter chose Aldous Huxley: a man simultaneously known for his use of psychedelics (mescaline and LSD), for his superior intellectual and creative capacities, and for his goodness of character. A man whose key works were inspired by mind-altering drugs. But wait, didn’t he just write:

“Drug-taking makes its victims passive, fuddles their ability to think and makes their speech incoherent. It is , in those ways at the very least, the ally of authority and the enemy of thought and speech.”

I wonder if Aldous Huxley could be described in such a way? Was his mind passive and fuddled? No, his mind was enhanced.

Science is showing us that LSD & mushrooms mushrooms can have therapeutic properties. LSD has even been termed ‘The Problem Solving Drug’. How can the people who benefit from these drugs be called victims?

Any way: the best thing about his article is the web backlash that ensued. There’s a lot of good writing in there by people from all over the world so I hope you’ll check it out.

“Prof Nutt and his team scanned the brains of volunteers who had been injected with a moderate dose of psilocybin, the active ingredient of magic mushrooms.

They had expected higher activity in areas of the brain associated with visual imagery. But in fact they found that the drug switched off a network of interconnected regions of the brain which regulated an individual’s sense of being and integration with their environment.

The researchers say that this alters consciousness because individuals are less in touch with their sensations and normal way of thinking.

They also found that psilocybin also turns off a part of the brain which is overactive in some forms of depression. So Prof Nutt believes that the drug could be used as an antidepressant and has applied to the Medical Research Council to carry out a small patient study to see if this is the case.

“There’s some research from the US which shows that when used in a psycho-therapeutic context it can produce quite long-lasting changes to a person’s sense of well-being – changes that can last for years,” Nutt says.

He also said that there was nothing in the brain scans or follow-up studies which would suggest that if taken in moderate quantities the drug was unsafe.

“People who use them regularly seem to do that. They seem to use them on an annual basis in order to enjoy the experience but also because it has this positive reaffirming effect. And there are certainly examples of people who take magic mushroom tea for obsessive compulsive disorder to keep it under control

So it may be that there are broad utilities of these kind of compounds in terms of mental well-being. I don’t know – I think it’s very much a question to be answered.”

“A second study, to be published on Thursday in the British Journal of Psychiatry, gave volunteers cues to remember positive events in their lives such as their wedding or performance in a play. Their recollection became very vivid. “It was almost as if rather than imagining the memories, they were actually seeing them” said Carhart-Harris. “This could be very useful in psychotherapy, for instance in people with depression who find it very difficult to remember good times and are stuck in the negative.”

The team are now hoping to do a further study which will involve giving psilocybin to depressed people who are undergoing psychotherapy, in the hope that it will allow them to relive times of past happiness.

The studies showed that psilocybin worked on the same areas of the brain as the SSRI antidepressants such as Prozac, as well as talking therapies and meditation as carried out by skilled practitioners. But the advantage over pills, the team believes, is that the positive effect could be long-lasting.” 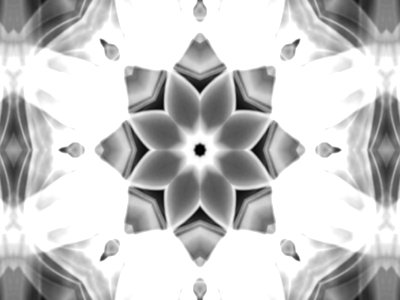 How do psychedelics compare against conventional anti-depressants? The answer may suprise you…

Sir Richard Branson has published an article which makes the case for radical reforms to the UK drug policy in The Daily Telegraph (Link).

Last November, the entrepreneur was one of a number of public figures to sign a letter calling for drugs to be decriminalised.

In December he spoke up about the issue on his blog.

Today he appears in front of the Home Affairs Select committee’s enquiry into drug policy. (Link) 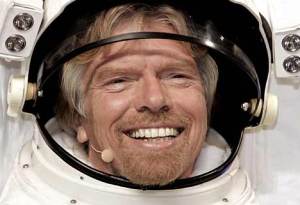 The committee’s previous inquiry in 2002, when David Cameron was on the committee, said drug use was a “passing phase” for many young people which “rarely results in any long-term harm”.

Speaking more than 10 years ago, Mr Cameron added that the UK’s drugs policy had “been failing for decades” and he hoped the report would “encourage fresh thinking and a new approach”.

Branson is clearly hoping that with Cameron in charge, this could be an opportunity to make some real changes.

Cause for hope and celebration? Not really…

The 2002 committee concluded that ministers needed to lobby for the loosening of international treaties which prohibit withdrawing.

Since drug-policy has only become stricter since the 2002 committee, and UK politicians have taken no steps to remove the star-spangled phallus from their mouths, we can assume the current committee will achieve nothing since the UK is still bound by various international treaties which prevent us changing our own laws.

The United States will not let us withdraw from the War on Drugs, no matter how disastrous it is for our country and the civil liberties of British people. Cameron is not an idiot, he must recognise the truth of Sir Branson’s words… but he is a coward, and he will not change a thing.

No matter how many committees you hold. No matter who speaks in them. Nothing will change because America will not let it change. In ten years time we will have another committee, who will repeat the same solid arguments, with even more evidence, and I think I can predict the outcome already.

The Home Office has stated that it has no intention of ending prohibition… no matter what evidence it is presented with, no matter how strong the arguments for decriminalisation, no matter how many people suffer because of its bad policies.

A fascinating article evidencing the claim that psychedelics were involved in the creation of early cave-paintings and thus the earliest of humanity’s creative endeavours:

“There are common visual concepts which cut across boundaries of culture and time and reflect what it truly means to be human. Near death experiences are often associated with seeing a “light at the end of a tunnel”. In the Bible, God appeared to Ezekiel as a “wheel within a wheel”. Spirals and concentric circles are commonly found in petrogylphs carved by cultures long dead. Similar visual effects are reported during extreme psychological stress, fever delirium, psychotic episodes, sensory deprivation, and are reliably induced by psychedelic drugs.”

Ancient cave paintings suggest that psychedelic mushrooms were involved in some of the earlist artistic enterprises. (On this subject I recommend a book ‘The Alchemy of Culture’.)

In the modern era, aristic and bohemian sub-cultures have a long-standing asosciation with chemically altered states of consciousness: a great deal of the most popular music of the last century has been created by individuals who do drugs, modern art certainly wouldn’t have been the same without psychedelics.

When we look at the effect that widespread LSD use had on the United States population during the sixties, there was an influx of creative and revolutionary energy. Art became very ‘far-out’ at that point, it was different: to this day, psychedelic artists like Alex Grey gleam some of their inspiration from psychedelic experience.

Psychedelics are known to cause increased creativity. Psychedelic experiences are a rich source of creative material. If used correctly, psychedelics can unblock the creative energy of individual artists.

Since psychedelic art depends, for the most part, on psychedelics: drug prohibition can be seen to limit this form of creative expression. Allowing psychedelics to continue to boost the creativite and artistic talent of the nation progresses our creative industries, our technological and scientific advancement. In many ways our unique British culture is one of our most precious assets, we hold that psychedelics have always been a part of that culture and should be continued to allow to contribute to it.

Money invested in art and culture is highly profitable. Every £1 invested in art generates £2 for the economy. Since creativity is increased: the fields of design, architecture and urban planning are also enhanced. Creativity is good for people. Making music and art is good for psychological well-being and people enjoy appreciating the ever-growing diversity of culture a great deal. Psychedelics contribute to this.