No drug that has been made illegal in the UK has EVER been decriminalised. Consequently, a massive part of the fight to maintain cognitive liberty is preventing new chemicals being added to the list of controlled substances. 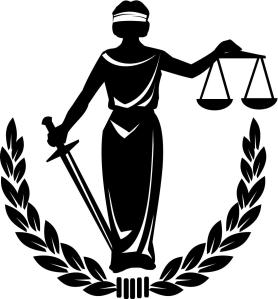 Legal highs currently include a whole range of wonderful entheogens, alongside this is an ever-expanding range of new chemicals allowing experiences that previous generation simply had no access to. In many ways, this is a golden age: any psychonaut can order shamanic herbs, witch potions, or the latest scientific breakthroughs from the four corners of the earth with a view to exploring and expanding their mind.

In 2010 we saw mephedrone get banned, we can blame the government and the media, but in truth it was the then-users of mephedrone who share much of the responsibility. This article discusses what we can do to stop currently legal drugs being made illegal. This years Breaking Convention, a multi-disciplinary academic conference on psychedelic consciousness, was a phenomenal success. The following link contains many of the talks that were given at the conference: we hope that you will find some of them interesting.

1. Consumerism depends on discontent. If you were content, you wouldn’t feel the need to buy all the pointless stuff on offer: if every one was content the system would break. Adverts are designed to produce discontentment, simple as that. All forms of true spirituality work towards contentment and therefore pose a threat to consumerism and the capitalist system. The myriad forms of spirituality all warn against selfishness, greed, envy and desire: spirituality and consumer-capitalism are thus diametrically opposed.

2. Psychedelics can cause spiritual insights about the nature of the self and the illusory nature of the “material” world. They are known to bring about states of ego-death, i.e. self-less-nes, the same goal of many of the major religious and mystical traditions. The endless pursuit of consumer-capitalist goals, with all the greed and selfishness that is entailed by that pursuit, is challenged by the insights provided by psychedelics. Psychedelics can…

It’s a class-A drug with some of the lowest risks/harms when compared to other drugs. It’s a class-A drug which therapists want to use to treat alcoholism, opiate-addiction and depression. Research has indicated again and again that it can be of great help to those dealing with the fear and anxiety of terminal illnesses. It’s most well-known effects are to encourage feelings of unity and love in relation to fellow man, to encourage religiosity and spirituality.

When we look at the motives people have for taking LSD, it should seem obvious that imprisoning them is a perversion of justice. People take LSD for spiritual revelation and healing, to bring about positive transformation in their lives. Whether or not this is a sensible approach to reaching those goals is an open question: but it should be clear that they have committed no moral wrong.

We are taking mystics and locking them up…