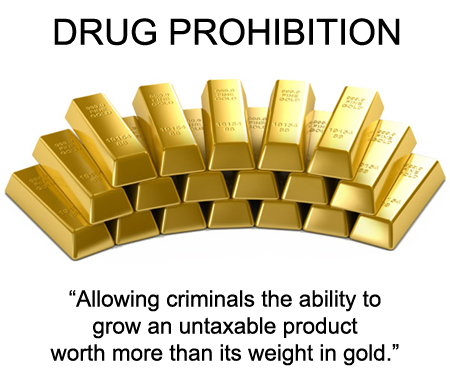 People searched in vain for thousands of years looking for the secret of turning base metal into gold.

Since criminalising drugs increases their street-value, it is because of drug prohibition that criminals all over the world have the ability to grow something that is worth its weight in gold.

We invented alchemy, but through such a perverse system that only organised crime gangs can profit from it. The same gangs who lead the world in the oh-so-noble enterprises of sex-trafficking, the illegal arms trade, and God knows what else.

A UN report said “the global drug trade generated an estimated US$321.6 billion in 2003.

Since the world drug black-economy is worth so so much, we have to consider that somewhere in the world there are a small group of people who profit from it more than any one else.  It makes sense to think that they would rather drugs stay illegal than become legal: if drugs were made legal, the governments of the world would take all their markets, all their profits, etc. Those individuals no doubt carry a great deal of financial and political power, I wonder to what extent they have used it to influence and maintain drug policy over the last century?

Perhaps politicians may fear the wrath of such barons more than the wrath of its own people. With the money at their disposal, I’m sure a few horses-heads could be mustered if ever our PM thought to legalise the market and tax it.

The alchemy of drug-laws manifests in broader terms. There are so many jobs created by the war on drugs that the actually morality of imprisoning human beings is somewhat lost in the frenzy: the lawyers, the police officers, the prison workers, the civil servants, in the end there’s a whole economy in drug-prohibition.

In America we can even see Police Unions (amongst others) lobbying to keep cannabis illegal. Can there be clearer evidence that the war on drugs is motivated by the financial interests of certain industries instead of the public-interest?

If we’re not careful here in Britain, we could end up with an industry of mass-incarceration too. We’ll be just like the land of the free: locking up 1% of our population for nonsense crimes: all to make a few old men a bit richer.

Making more jobs is not the sole responsibility of the government: one of their responsibilities is ensuring that the laws of the land are just and fair. The current drug-policy does real harm to the lives of thousands of people, because it harms them, society is harmed. It is divisive, it is oppressive, and unnecessarily excludes people from contributing to society.

Cognitive Liberty UK asks the UK government to carefully consider the merits of legalising certain drugs, and decriminalising others. 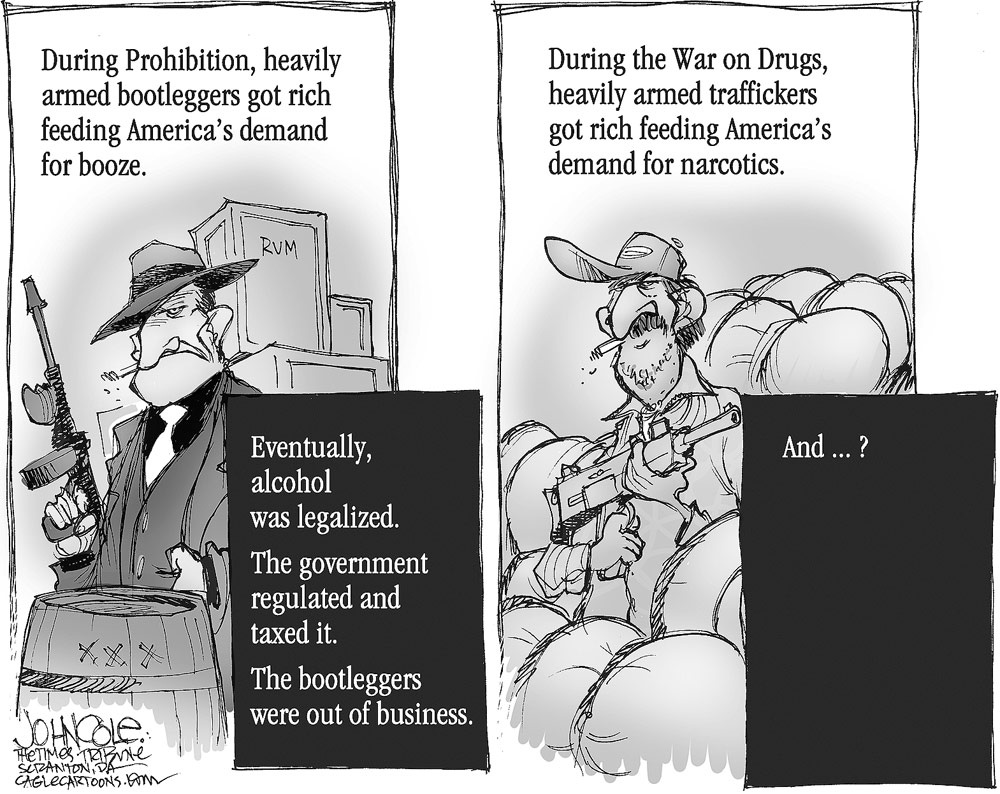 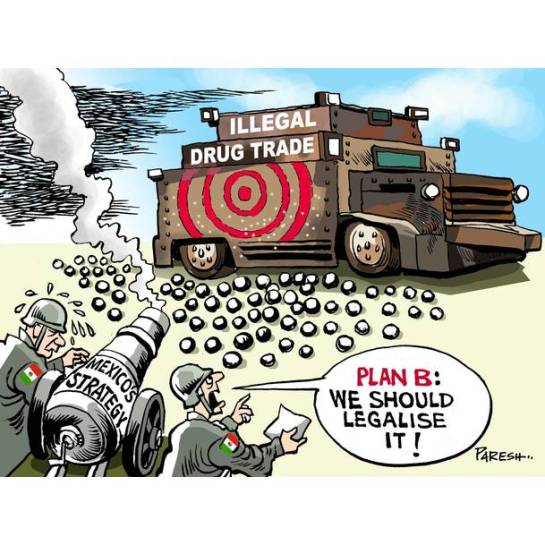 1) Leading scientists have consistently concluded that LSD is safer than tobacco, safer than alcohol, and safer than cannabis.

3) Once legalised purity and thus safety can be more controlled.

5) Current scientific evidence suggests potential therapeutic use in treating numerous mental health issues, including: death anxiety in the terminally ill, post-traumatic stress disorder, depression, anxiety disorders. Some studies have indicated LSD causes no dependancy and, in fact, can be used to treat alcoholism and drug-addiction with remarkable success.

8 ) LSD is safer and less-addictive than many psycho-active substances currently available on prescription for mental health conditions.

10) In the name of justice: continuing to lock up LSD users is not right since they have committed no moral wrong. It is natural for a human to want to explore their mind, no other person has the right to meddle in such a deeply personal affair.